I’ve started sleeping where and when I can.
I sleep with my keys between my knuckles, jaw clenched. My dentist says I’m grinding my teeth. He gave me a retainer. Putting in a retainer on public transport and passing out like a narcoleptic is not a wise move at the best of times. It’s not going to end well where I live. Gurning, on the other hand, implies instability. It wards off potential perverts, thieves and weirdos. But it concerns my dentist.
You can’t keep everyone happy.
I’ve started sleeping on TfL. Unreliable, but I’m an insomniac so I’m used to unreliable. I plan my journeys as I lie awake in bed. Acton to Clapham. Willesden to Camden. Ealing to Mile End. Leave an hour earlier. Find a seat in the middle so I don’t feel bad when I open my eyes to a pregnant lady being ignored by the entire carriage. Clutch my bag, take my keys out, and breathe deeply. Metal groans and gasps lure me to sleep. I can the feel eyes every time the doors kiss their teeth at me. I rest my head on a stranger. They recoil and I jerk awake to see a Greek chorus of sombre faces floating in front of me like defective holograms, flickering in and out of the light.
I’m staring with my mouth open.
I let the creaks and whines pull me back to sleep as we go underground.

Light hits my face and I immediately wake, check my phone. I’ve got 20 minutes to kill. There’s a park near the next stop. Sleeping in public places provokes the unnecessary concern of mums, fearful pensioners and the unwanted attention of the police. I think I was once moved along by an officer on horseback. But it may have been a dream. I can still hear the hoof beats trailing me as I walked away. 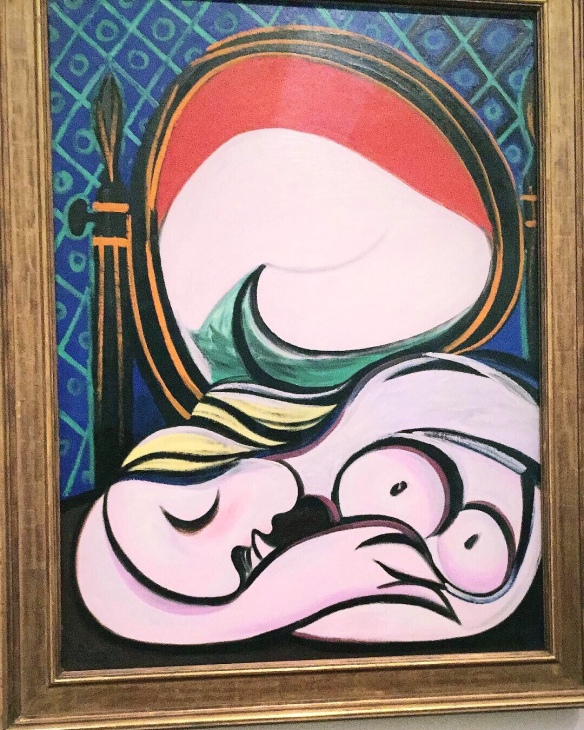 Shit. I zoned out and missed my stop.

I check my watch: five minutes. I get off at the next stop and cross the platform to get the next train back. ‘Parallel Jalebi’ plays in my head as brightly coloured saris, excited children and annoyed commuters move along in synch with the music. An impromptu MTV moment brought to me by chance. I move through the crowd like water, slowly, clumsily, eager to get out.

I’m late. They haven’t arrived yet. I watch couples wander off hand in hand down Roman Road. Tourists stand in front of me like I was a lamppost and work out how to walk to Shorditch. Uni students marvel at the man in Hammer pants and a gold flat cap pushing a scooter past the pub where they are drinking. A hand rests on my shoulder.

I talk too much. It has been a while since I had a face-to-face conversation with someone. A real conversation, not an argument, or a sales call. I remind myself to shut up. Silence often scares me. I enjoy moments of quiet, but then I feel afloat in space and I worry I’ll disconnect from reality completely. Tom blames social media.

Easier to work out what Disney character I am than contemplate the fact that I’ve been alone for over 5 days, and haven’t spoken to a person IRL for weeks. A huge chunk of my life is virtual.

I’m seeing friends, something that’s become harder and harder to want to do. Being around people. Seeing people, physically seeing people, messes with the illusion I’m asleep. I can trick myself into thinking it’s all a dream. Just bursts of noise, or colour, weaving in and out of silence that I can watch like a painting or ‘Gogglebox.’ But right now I’m confused. I don’t know if it’s real or not real. I zone out, smile, look vacant. I drift in and out of conversations that I’m certain I’ve already had with people who felt the same but dressed differently. Indifferent. I’m bored. It feels like I’m trapped inside my body and someone is punching me repeatedly. I excuse myself to hyperventilate in the bathroom. I fall asleep.
I sleep soundly on the tube. I think in part it’s because I’m surrounded by people. I’ve never liked sleeping alone.
The banging wakes me up. I exit the bathroom ignoring the pissed, pissed off overweight woman dying for a slash. Everyone’s left. The tightness in my chest disappears.

Adrenaline stops me from sleeping on the journey home. I feel awake. Everyone on the tube has a greenish hue. The lighting on the tube does that. I catch the person in front of me staring and I stare back. Embarrassed, he plays with his phone. He glances to see if I’ve stopped looking. I’m still staring. He gets off at the next stop.

I like watching people. Looking at their faces as they read the paper, hold their children, hold hands, doze off drunkenly. The sun is setting. As we leave the tunnel, faces go from green to gold. Eyes squint. The train feels silent as I get off at my stop.

When I get home I lie on the wooden floor in the living room and stare at the strange shapes on the ceiling. The wallpaper is peeling. I drift off to a conversation I’d had with a man I’d loved, in a place I’d seen in a painting once. The intimacy makes me sob myself awake.

I plan my journey into work.